Is the money still a money?

Here I begin by referring to the excellent book. Benjamin Kuraz in his book "The burial of the freedom" of their claim "money is not money" demonstrates the right at home the question: do you know what this means? 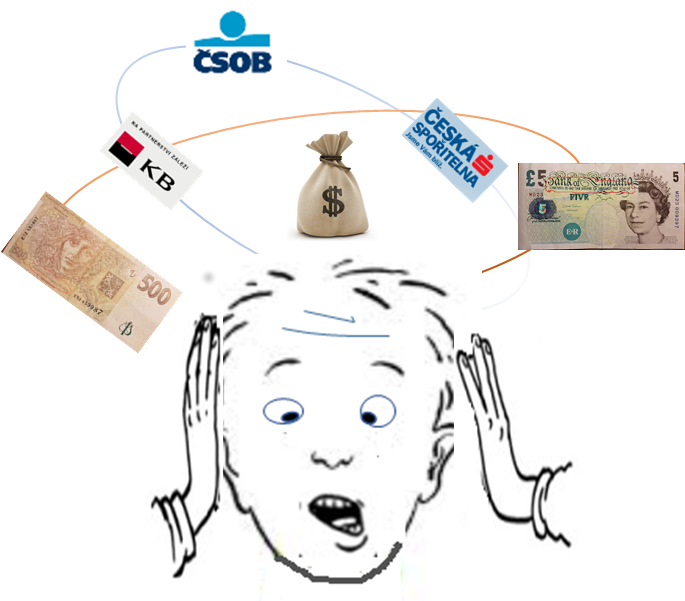 Such that. What is it the money? After all, if we realize that, they have generally a great influence on our thinking and action, and the health and quality of life. There are many definitions, how to describe the term money. I most like about this simple expression:

“As a money we mark the exchange resource that make life easier. "

From the history genesis of the money is known how gradually evolved means of payment until today's paper money. In brief I am describing this evolution in the article "Money. How they did arise".

And here we come to the abbreviation of what today is considered by most people as a money: Banknotes and coins. In physical form. You can put them in your wallet and in the store is nice fork out on the counter behind which you can take away some of the goods in a given (implied, contractually agreed) value. At this moment on the banknote denominated. And B. Kuras reveals that the only banknote in the world that publicly admits that when you have the money, so you do not have any money is the British pound. There is it clearly demonstrated small writing by the small print on this banknote: „I promise to pay the bearer on demand the sum…“  So what does that is?

Well you just only have promissory notes  – simply promise, that Bank of England pay out to the  holder of this paper x pounds, marked out on this paper.  Of course, if you will want them. And it is not always certain. Why? Because of such "promissory notes" could be (and usually is) released more, than the current stock of actual money is available. How is it possible? Once again I appeal here to the article "Money.How they did arise".

And so it is the same with all the paper money in the world. Only It just not as clearly publicly declared. For example, on the Czech banknote, we do not find mention of it, nor that this is a legal tender, as it declares, for example, the American dollar: „This note is legal for all debts, public and private“ 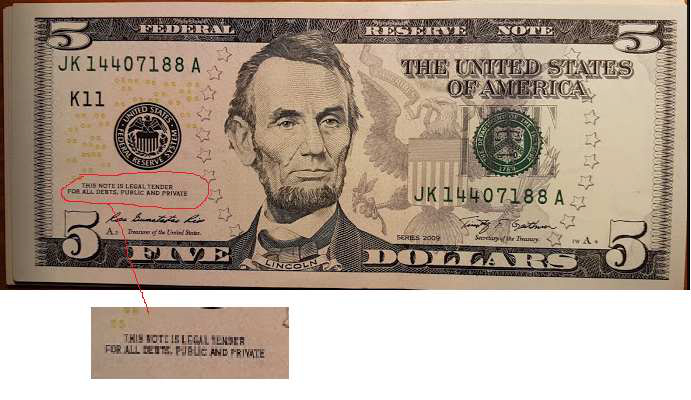 On the Czech banknote, you will find only the inscription, that  „Padělání bankovek je trestné podle zákona“ it means -  „counterfeiting is punishable by law". 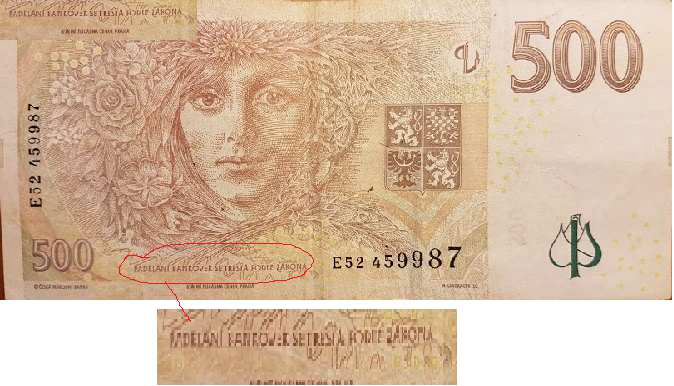 There was a time when these "promissory notes-notes were taken, that their value authorized its holders to demand a certain amount of silver, later gold. For example. a ten-pound note is covered by 10 pounds weight of pure silver (sterling), but it's been a long time ago. B. Kuraz aptly writes in his book: "So this is a reason, why today we say Pound – and few have noticed it, also “British pound”, or the “English pound”, instead of recently the usual called-pound sterling.

And the banknotes were to a certain time covered by gold or silver. States can supply only so much paper, how many Gold or silver have had in their vaults (Bank). It's called the gold standard. For a while it worked pretty well. But, as the number of "notes" it turned out that in fact there is printed far more than the existing volume of the precious metal, which should cover they value. And after World War II and in the Bretton Woods agreement, it was $35 per Troy ounce (ounce of gold = 31.1 grams). We must say that here in Bretton Woods, the U.S. dollar became the fraudulent conduct US practically the major world currency. In the main document to which the agreed 40 States on the exchange rate between the currencies of the smuggled Americans text, when the "gold" has been added by option, "or the US dollar"). The US dollar is so de facto become a major world currency. In addition, gold was the equivalent of the American dollar. Many of the world's central banks then in its vaults store U.S. dollars instead of gold.

But the papers was issued so much that the obligation of the exchange of notes (USD) for gold was no longer feasible. The US financed the war in Vietnam and it was necessary to do something. In August 15, 1971, president Richard Nixon obligation to Exchange dollars for Gold simply set aside. The Bretton Woods agreement was cancelled.

Exchange rates have been loosened.As of the above, any transaction that is now performed and carried out, are happening on the basis of commitment and trust that the paper has such value, how it is written. It's a kind of agreement, which all participants in the transaction appreciate. And in all of everybody, knows that this vow is impossible fulfil. If they all would went to the Bank and wanted their money, the financial world and the economy would have collapsed. It had tightly missed us in the year 2008. Governments face this situation by stuffing money to the bank from citizen’s taxes, with it, that banks will stop further experiment. This activity is calling “quantitative asing”.

Banks have been satisfied but were looking for other ways how to get rich. So their economic experts started developed the so-called the new instruments. Overall, they are called "financial derivatives".

Small nipple: Financial derivatives are instruments whose value is derived from the performance of the so-called the underlying asset (securities, credits, commodities). Their essence is a form of futures, ie. that there was some delay between the negotiation of trade and its implementation.

Further explanation of derivative financial instruments exceeds the scope of this article. In September 2014 was published, that five U.S. banks began to circulate about 280 trillion imaginary dollars more than they had actually available. And let's go to Europe-Deutschebank with 552 billion euros of capital has created a derivates - 55 trillion euros—so 100 multiple of her nominal capital. “No problem.” Government it again pay the bill. Well yeah, but cash desk is empty! The European Union has solved it brilliantly. Shifted the loans directly to its citizens. From the 1. January 2016, you so banks can directly steal your money. They did it clever by half – surely for the citizen’s benefit. How to? Well, just so that your savings in banks are guaranteed by the State (European Union) up to € 100 000.  If you have more in the bank and she is in bankrupt, you will get only the guaranteed € 100 000 from your account. And the bank keeps the rest legally for himself.  Surely you still remember the Cypriot crisis. This idea comes from here when Cypriot banks robbed their clients with a quarter of their deposits over € 100 000. And the EU has issued its BRRD Directive (Bank recovery and resolution directives).

Sure, for a regular citizen 100 000 € is not a small amount. So, the explanation that it is on its protection, without major protests just went through. In addition, you'll say fine, just above this value, I will put money under the pillow. But, notice the running progress in the cashless payment system. Credit cards, non-cash transfers, restrictions on the handling of cash over a certain amount. And the limit goes steadily declined from year to year.

From the year 2015 the limit declined again and its current amount is 270 000 CZK (approximately 10 800 €). Previously, the limit was slightly higher, up about 80 000. All payments are counted to today's limit, so even payments in foreign currency during one calendar day. In addition, such payment above the limit, the trader may not accept!

So how does the limit of cash payments in the Czech Republic develop?

In other words, in 7 years the limit dropped of 46%. How long do you think it will takes at this evolution and cash payments in the Czech Republic disappear? If I calculate correctly, within about 15 years, in the year 2032.

For example, Sweden now has only 2% of cash transactions. The Danes are planning to stop using cash at the year 2030.

And other mousetrap for payments is in the Czech Republic. It is called EET (electronic sales Records). You'll never can hide your money anymore.

Well, we are getting into the time when your money can be by the bank legally owned. He just needs to fulfil some small obligation, like a fail due to the irresponsibility of its experts.  Even more! The state compels the citizen let make money by a private entrepreneur- a bank, mostly to foreign owner, by restricting the payment of legal tender! But in fact, that it is a legal tender is not written on our banknotes (apart from these from America).

So, what's the point? Do we have any money yet?